Cutting-edge Medical research has been looking into the interplay between genes and nutrition (Nutrigenomics) and has also been showing a link between health issues in general and inflammation, extending to Mental Health. The exciting promise is to address individual gene mutations and offset their effect through specific nutrient supplementation. Targeted Nutrient Therapy is based on broad biochemical markers instead of individual genes so isn’t this approach now obsolete?

It is now understood in light of new research that there are more advanced ways of dealing with these problems than the ‘established’ Hoffer/Pfeiffer/Walsh approach. It used to be seen as a more effective way of addressing the ‘root’ causes of symptoms which pharmaceutical interventions only mitigated with problematic side effects and relatively limited efficacy. Many people have had powerful experiences of both the differences in side-effects and efficacy. It’s only with recent work of more widely funded scientists that these complex ‘root’ causes themselves have been seen to have complex roots and despite the new developing advances there lies a problem of sorts.

The trend today in mass Medicine seeks to provide simplified standardised treatments for the sake of cost efficiency. Addressing these ‘roots of roots’ while theoretically more effective introduces further levels of complexity which it would seem not many would be able to afford financially as things are today. There is a complex relationship between chronic illness and financial stability in individuals. This is a reason the detail of treatment and the outcomes from Targeted Nutrient Therapy can vary so much depending on physical and financial circumstances of the patient as it is not covered by any insurance or government subsidies. Addressing the causes of the functional deficiencies is beyond the scope of the research conducted at the Walsh Research Institute (WRI) though they are aware of them and work with specialists in these fields.

Because of the issue of treatment cost the work of the WRI seems to be providing a solution which even in its simplest form will address their target Mental Health and brain disorder issues at the lowest cost to the consumer, using their extensive database of clinical research outcomes. In the wait for funding of the expensive multivariate Randomised Control Trials needed to officially validate this treatment we have to rely on this outcome data from the WRI. It would be expected that more tailored individual approaches involving newer research may have better outcomes, but this data has yet to be compiled and published for easy cross-comparison. As of now the Walsh approach seems to be the most tried-and-true method though things are always expected to evolve.

There is a certain feeling of impatience among proponents for the proper funding which it is felt will give confirmation to these results and eliminate some of the scorn this field is subjected to, not to mention relieving great suffering. When the dreadful 1973 report came out which exiled this to the Alternative ghetto, Dr Hoffer said he didn’t take it personally but millions had been condemned to unnecessary suffering. It would seem I’m one of those. I’m not angry anymore, but I do have a passion.

via Pyroluria, is it real? I’m really skeptical and here is why. | Page 6 | Phoenix Rising ME / CFS Forums 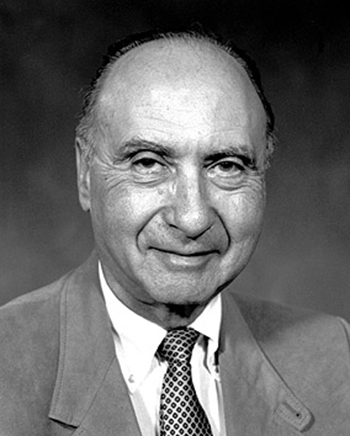 When Canadian psychiatrist Dr Abram Hoffer began formulating his ideas about the possible biochemical causes of mental illness in the early 1950s the main treatments available were Electro Convulsive Therapy (ECT) and tranquilizers. Through clinical practice and his pioneering of double blind trials in Psychiatry he developed theories which led to treatments which he found so effective that his Hippocratic Oath precluded him eventually from giving the placebo required for double blind trials, leading him to focus on clinical research. Interest mounted in this intricate treatment method which was dubbed ‘Megavitamin Therapy’ but which fitted into what double Nobel laureate Dr Linus Pauling termed ‘Orthomolecular Psychiatry‘ which later was expanded to ‘Orthomolecular Medicine’.

Things came to a head in 1973 with the release of the report by the American Psychiatric Association task force on vitamin therapy in Psychiatry which roundly excoriated the approach due to the fact that the studies they had commissioned into the matter had failed to replicate Hoffer’s results, and there was even evidence that patients had been worse off on the treatment. This led to the abandonment of all independent research into the matter and the disgrace of the approach, leading to the rise and dominance of  psychopharmatherapy as it exists today.

Three years after the damning report Hoffer eventually came out with his response in which he cast serious doubt on the impartiality of the task force committee, pointed out their apparent conflicts of interest, and criticized their ignorance of the subject matter. He explained the lack of replication of results on the fact that the studies relied upon had never actually replicated his methods. The most troubling accusation of all was that the results of the study which found a worsening of the illness were obtained by deliberately adding methionine in a dosage which according to his theory was guaranteed to achieve this effect.

In essence there was no reason to add this extra component except if the designers of the experiments were aware of its effect. It seems unlikely any patient would have volunteered for trials which they had been made aware were aimed at worsening their symptoms. This means in the absence of properly informed consent those involved in designing and running the trials would have broken any applicable Hippocratic Oaths and violated the spirit of the Declaration of Helsinki which was aimed at preventing a reoccurrence of the horrors of forced Medical experimentation perpetrated by the Nazis only a few decades previously. While this is contentious and could not be laid directly at the door of the APA it does raise questions as to the ethical standards of the Medical experimentation used in this report.